Pandora’s box came wrapped in clear plastic and sealed with white duct tape. As befitting a box that held memories and perhaps untold mischief, it was squirreled away from daily traffic, at the back of a closet in an unused bedroom. Between the box and the sliding closet door that had long ago jumped its track were jumbles of children’s clothing whose owners had long since fledged and flown the nest; stacks of assorted and folded extra sheets; a telescope; a recurve bow and three quivers of arrows; a camouflage fleece balaclava and camouflage mittens; two My Little Ponies; and a toy microphone.

A Memorable Box was found

The box came to light—literally—on one of those days when “getting organized” meant more for Carolyn than just shuffling papers on the kitchen table and returning the container of dried dill to the spice rack. The upside of getting the house in the divorce meant always having the right number of bedrooms for the kids when they came home for holidays…as well as the beds they grew up in. The downside of getting the house in the divorce meant that nearly everything that six people had accumulated in more than a quarter century was still there.

Back to the House After Divorce

Before starting in on the closet, Carolyn brewed herself a cup of green tea and stared out the kitchen window at the trees in the yard. A flash of electric blue landed in the grass, then took flight again. Bluebirds, back from winter migration. Their arrival always made her heart sing. A red squirrel streamed gracefully, like a streak of mercury, from a branch of a nearby maple to another, lower branch. The forest was moving inexorably closer. Thirty years ago, when both the house and the yard and the family were new, the yard was too open for the squirrels to approach and leave their leafy comfort zone. How vastly things could change when you didn’t lift a finger, she thought. Children grew up, marriages crumbled, dark forests arose from sunny meadows and drew near.

Carolyn took the steaming tea and several empty trash bags down to her son’s bedroom and set her brain on “treasure hunt.” The box emerged somewhere between the archery supplies and the long-forgotten six pack of Pabst Blue Ribbon hidden behind a stack of embroidered pillow cases. Carolyn touched the stiff plastic, and tipped the box toward her. Nearly a yard long, it easily required two hands to manage. The words “Your wedding dress” were writ large and elegant in blue, surrounded by scrollwork and flourishes.
The dress was hermetically sealed in that box, she observed with awareness and without passion, just as her heart had been for a very long time. She had grown up a survivor, knowing that they key to getting by and getting on was to remind yourself “don’t think this, don’t feel that, don’t want this, don’t need that.” Why should she have expected marriage to be any different?

She stood the box on end at the foot of the bed, looked at it a second too long, and went back to sorting. As she probed the last recesses of the closet she turned over her options.

Neither of her grown daughters would ever wear it. The eldest, Deanne, had married two years before, beaming as she strode down the aisle of her outdoor wedding in a sleek, modern creation of layered cream silk shantung, adorned by youth, Carolyn’s pearls, and the radiance of certainty in love. Her younger daughter, Maggie, was a graphic designer with a penchant for chameleon-like hair and more body piercings than Carolyn would have green-lighted if asked. She had already announced her disillusionment with the traditional institution. Not much about her parents’ relationship had gotten past this child as she was growing up. Nuptials, if ever, would likely involve a destination wedding and sarongs. 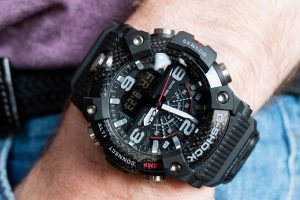 3forum
August 14, 2020February 1, 2022
A doctor in the entertainment and fashion industry has a certain degree of research on watches australia and is also...